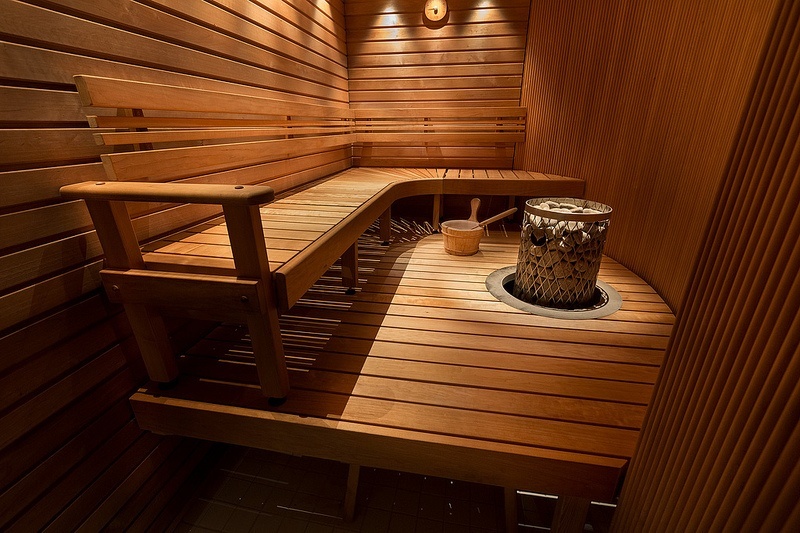 Few things are more relaxing than soaking in a hot tub or sauna, or possibly hitting the steam room. For patients with fibromyalgia or other types of chronic pain who are looking to reduce discomfort, heat therapy can help diminish pain as well as reduce stress and promote feelings of wellbeing.

Saunas and steam rooms offer different types of heat, and which one you prefer will likely depend on personal preference.

A sauna tends to have dry heat, like Arizona in the summer but hotter. The rooms are typically heated anywhere from 160 degrees to 200 degrees. The extreme heat causes the body’s skin temperature to reach 104 degrees within a few minutes, according to Harvard Health. The heat also results in a quickening of the pulse, which forces the body to circulate blood and other fluids more rapidly.

The body’s hard work to pump blood to the skin and cool the body results in sweat, which many people say cleanses and detoxifies the body although not too many scientific studies support this claim, according to Greatist. That’s because other internal organs, like the kidneys and the liver are responsible for the bulk of the body’s detoxification and not the skin.

Saunas have long been used in some cultures as a way to promote good health. In Finland, saunas have been used since the 12th century, and today are commonly accessible to the general population. In the U.S., saunas and steam rooms tend to be luxuries or uncommon amenities.

Finnish researchers have discovered that several sauna sessions each week diminish the risk for cardiovascular disease, reports Reuters Health. Researchers cautioned that people should drink plenty of water after sitting in the sauna.

A steam room, meanwhile, tends to be cooler than a sauna, reaching about 110 degrees to 120 degrees. The room is heated through steam piped in and so the feel is more analogous to a bathroom after someone takes a long, hot shower. Moist heat is a recommended treatment for fibromyalgia, and many people find steam rooms soothing for pain, reports WebMD.

Not many studies have been done to measure the effects steam rooms or saunas have on people with chronic pain or fibromyalgia. However, both types of heated therapy promote feelings of relaxation, which can in turn reduce pain.

One way saunas may benefit people with fibromyalgia is by improving elasticity in muscle tendons, according to research by Dr. Peter Rowe, director of the Chronic Fatigue Clinic at Johns Hopkins Children’s Center. This increased elasticity could help people with chronic pain feel more agile.

Many people say there’s a feeling of camaraderie inside the rooms, and that social atmosphere further induces feelings of relaxation. Social support is important for managing chronic pain, and taking a friend to the sauna or steam room could be a great way to hang out while relaxing and taking positive action to reduce chronic pain.

Other possible health benefits of heat therapy include improved strength and enhanced muscle recovery, according to Greatist. Some studies have also shown regular visits to the sauna potentially lower cholesterol and blood pressure while improving insulin sensitivity, which plays a role in diabetes. If you have diabetes, heart problems, or other health problem besides fibromyalgia or chronic pain, talk to a doctor before heading in to soak up the heat.

Saunas and steam rooms not without risk

The potential for stress makes it important to choose the right type of heat therapy. Some people prefer dry heat while others prefer more moisture in the air. Opting for a sauna, steam room, or even hot tub treatment depending on those personal preferences will ensure you derive the optimum benefit.

Although people frequently use saunas after strenuous exercise, doctors generally don’t advise this practice because the extreme heat can be stressful to the heart, according to the LA Times. Although some research has found that saunas promote heart health, sitting in the sauna may cause heart failure in those with an existing heart condition.

Build up the amount of time you spend in the sauna or steam room slowly, starting with maybe just a minute or two and then gradually increasing the amount of time to five or ten minutes. Sitting inside too long can cause heat exhaustion or dehydration, so make sure to drink plenty of water and exit the room if you feel light-headed or dizzy, even if you just entered.

Float therapy is a relatively new trend, but proponents say the health benefits are tremendous, and an entire research initiative has emerged studying the benefits specific to fibromyalgia. The Fibromyalgia Floatation Project (FFP) is a loosely organized group of scientists and businesspeople interested in furthering the limited, but promising research.

Float therapy involves the use of salt-water filled pods. The water is so heavily salted that the person effortlessly floats, with no worry of sinking. The water is heated to skin temperature to promote the ultimate relaxation. The goal is sensory deprivation, in which all the noisy stimuli of daily living—light, noise, email, and people—vanish. In the float tank, people fall into a deep state of relaxation that proponents say is profoundly healing.

Because the water is the same temperature as the skin, people can’t tell where their body begins and ends while floating, writes Shelly Fan in Discover magazine. This contributes to the feeling of relaxation and may result in a deep meditative state. When the mind stops, the body can fully rest, which helps to increase levels of energy.

While researchers generally believe that fibromyalgia results from disturbances in how the body processes pain, some research has suggested that the stress and sleep deprivation associated with fibromyalgia may result in a magnesium deficiency. Floating in a bed of salt helps to alleviate this deficiency, according to FFP.

Have you tried a form of heat therapy for fibromyalgia?

6 thoughts on “How To Use Saunas To Manage Chronic Pain”

All information on this website is for informational purposes only and is not a substitute for professional medical advice.
2006-2023 Arizona Pain Specialists, LLC, a Pain Doctor Company. All rights reserved.
Privacy Policy - Legal Disclaimer - Sitemap