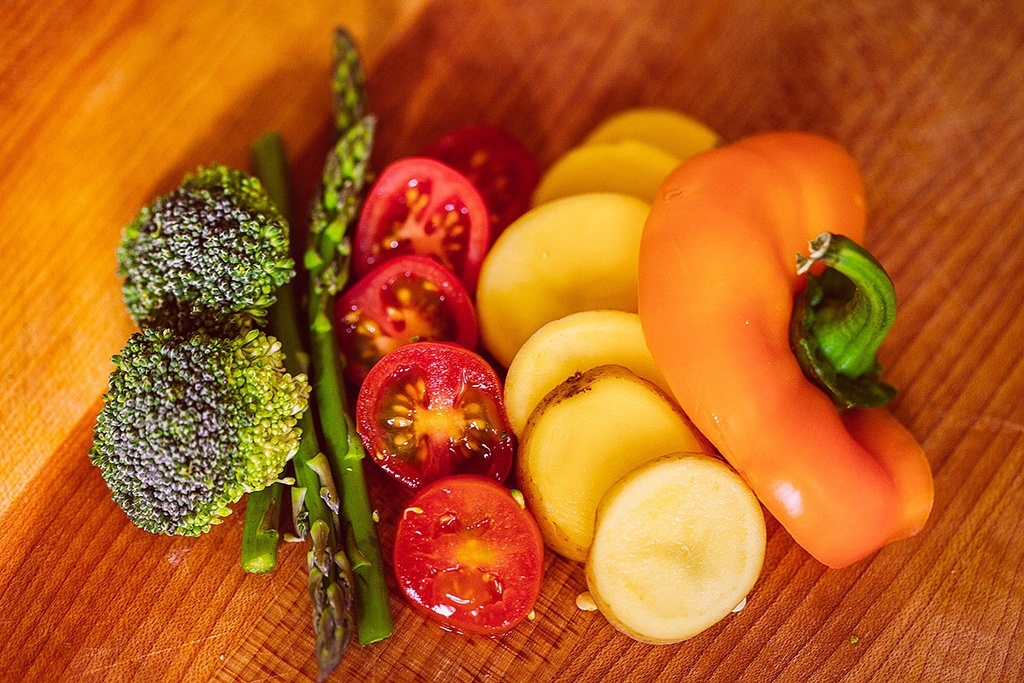 People with neuropathy looking for relief may want to try a vegan diet, according to a study completed by doctors with the Physicians Committee for Responsible Medicine (PCRM).

Vegan diets not only exclude meat, they are also devoid of eggs, cheese, chocolate, and other foods containing animal byproducts such as milk. Unhealthy vegan diets do abound—doughnuts and French fries cooked in vegetable oil technically follow the rules—but eating a balanced vegan diet rich in vegetables and fruits could help reduce pain from neuropathy, the study found.

Keep in mind that strict vegan diets are separate from vegetarian diets, which typically include eggs, milk, and cheese. However, both vegan and vegetarian diets have been found to be helpful for people with neuropathy.

Neuropathy involves nerve pain that may develop as a consequence of an underlying condition, including diabetes. About 50% of people with diabetes have the condition, and unfortunately effective treatment is extremely limited. Existing treatments only attempt to mitigate pain and aren’t able to offer a cure.

To uncover the benefits of a vegan diet on diabetic neuropathy, PCRM doctors assigned two groups with a total of 15 patients to a meatless diet low in fat and high in fiber. Diets included at least 40 grams of fiber each day and no more than 30 grams of fat, even if the fat came from healthy oils or nuts.

The foods also had to have a low glycemic index, which means they don’t lead to spikes in blood sugar. Examples of low glycemic foods include barley, grapefruit, and chickpeas, according to Harvard Medical School.

One group of study subjects received B12 supplements, and the other did not. In the groups, patients were a mean age of 57, and males and females were equally represented.

Transitioning to a vegan diet often requires support, and so the patients were required to attend weekly classes over the course of 20 weeks where they learned about nutrition and watched cooking demonstrations. They also sampled healthy vegan cuisine and connected with others living on a vegan diet.

The results showed strong support for the vegan diet’s potential for managing neuropathic pain, particularly those patients who took B12 supplements.

Researchers plan to continue studying the patients for one year to examine the long-term health effects of meat-free eating and its impact on neuropathy.

The PRMC research came on the heels of an earlier study conducted by doctors at California’s Weimar Institute. Scientists found that 81% of patients who abstained from meat experienced dramatic pain relief from neuropathy in as little as four days. Patients also lost on average 11 pounds.

Most patients in the study were also able to reduce the amount of medicine for diabetes and blood pressure they were taking. Patients’ cholesterol levels also dropped.

After four years, 71% of 17 patients studied continued to eat a vegan diet, and most experienced lasting relief from neuropathic pain. Researchers attributed the improvement to the meat-free diet, and not the better controlled glucose levels that also occurred.

Following a vegan diet can have wonderful health benefits, but risks include not ingesting the proper amount of required nutrients.

Benefits of eating a meat-free diet, according to the ADA, include:

The key, according to ADA, is making sure that vegan or vegetarian diets are low in saturated fat and cholesterol while staying high in fiber and vital nutrients such as magnesium and potassium. Risks of eating a meat-free diet include lower levels of vitamins B12 and D, calcium, zinc, and omega 3 fatty acids, found in fish, which help protect the heart in addition to offering benefits for those experiencing neuropathy.

A potential B12 deficiency is especially important for those with neuropathy to stay aware of since deficiencies have been identified as a cause of the condition. The vitamin is integral to basic bodily functions, such as making DNA and red blood cells. Taking supplements or eating fortified foods is the best way for vegans to avoid deficiencies.

Soy or rice milk comes in B12 fortified options, as do some health food formulas developed specifically to meet vegan and vegetarian nutritional needs. Vegetarians can eat eggs, yogurt, or other dairy products to meet intake requirements of B12.

Fortified foods also help vegans take in enough calcium. An Oxford study cited by ADA found vegans were at a 30% greater risk of fracturing a bone, possibly because of lower calcium levels. To ingest enough calcium, some vegans take supplements or eat calcium-fortified foods, such as soy milk. Plants high in calcium include kale, bok choy, broccoli, and collard greens. Dried figs and sunflower seeds are also high in the important mineral.

Eating enough protein is another factor to consider during meal planning for vegans or vegetarians. However, the ADA says plant-based diets can provide enough protein for even athletes.

Protein from soy products, including tofu, is as effective at meeting the body’s requirements as animal products, according to ADA, although people eating protein solely from vegetables and grains may need to increase their daily intake to meet recommended levels.

No. 1 tip for a healthy meat-free diet? Mix it up. Eat a variety of fruits, vegetables, and grains.

If you’re looking to try a vegan diet, but are nervous to try, start small. Consider declaring one day each week meat-free. Knowing which foods to eat is also half the battle. Consider investing 30 minutes on a weekend and researching new recipes or buying a vegan cookbook.

Vegan meals can be tasty, healthy, and affordable. By using hearty foods like beans and experimenting with fun, colorful vegetables, your dinner plate will never be the same.

And hopefully, the diet will help you reduce pain from neuropathy.

Have you ever tried a vegan diet?

11 thoughts on “Does A Vegan Diet Heal Neuropathy?”

All information on this website is for informational purposes only and is not a substitute for professional medical advice.
2006-2022 Arizona Pain Specialists, LLC, a Pain Doctor Company. All rights reserved.
Privacy Policy - Legal Disclaimer - Sitemap