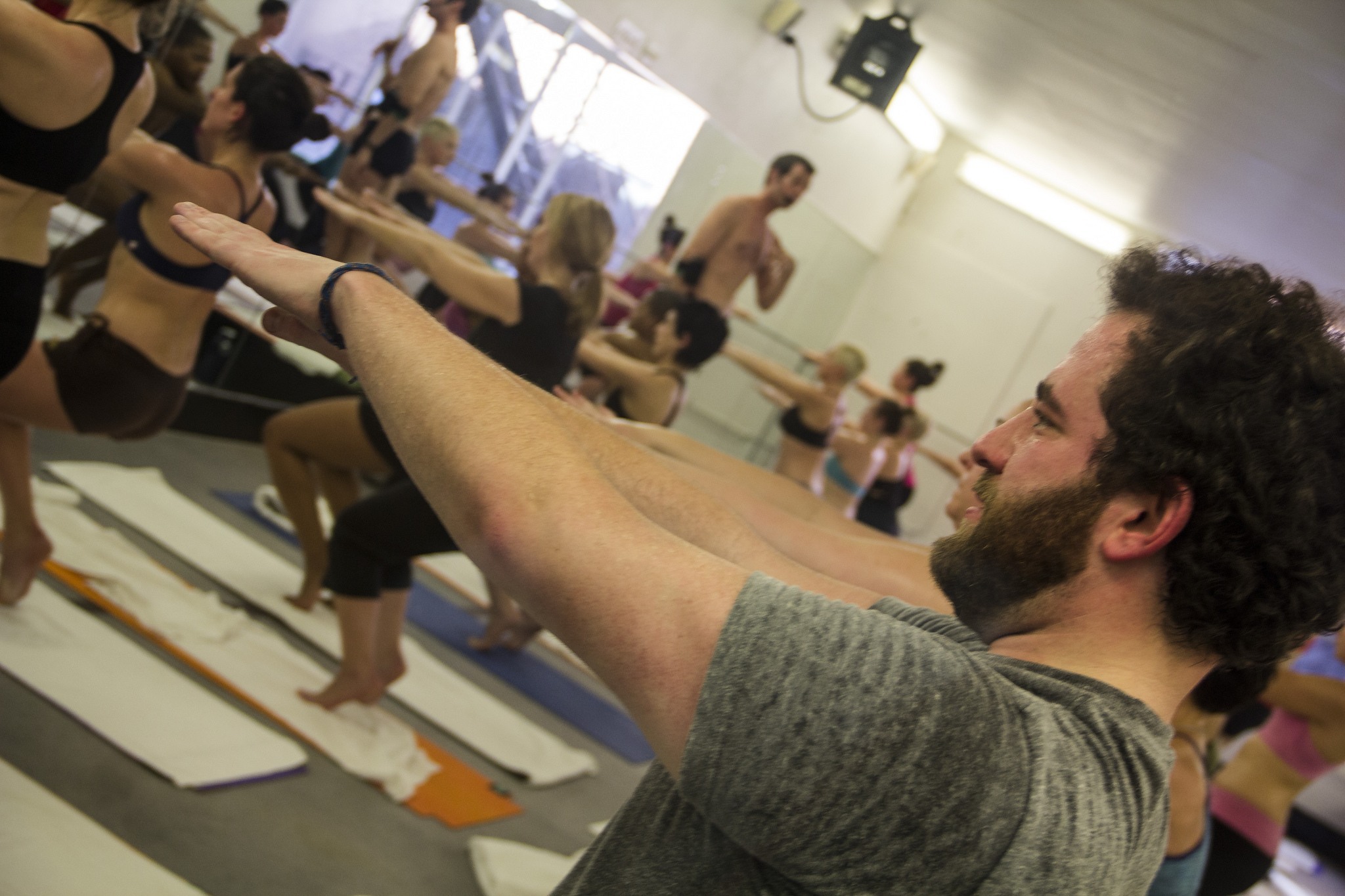 So you’ve seen the signs around town or read articles on the internet about the benefits of hot yoga. Stretching in a heated room enhances flexibility and aids detoxification, studios promise. Then you see some funny yoga called Bikram while others just call themselves hot. What’s the difference between Bikram and hoy yoga?

The short answer: Bikram yoga refers to a specific set of 26 postures while hot yoga is normal yoga, just in a heated room.

Are you ready to sweat? Studio temperatures for Bikram and hot yoga range from 90 to 105 degrees.

While yoga is an ancient practice rooted in India, Bikram yoga has more modern roots. Indian born and trained yogi Bikram Choudhury opened the first Bikram yoga school in California in 1974. The practice involves completing the set of postures and two breathing exercises in a specific order at a specific temperature–105 degrees with 40% humidity. Only licensed Bikram yoga schools may offer classes under the trademarked name. These schools frequently offer only Bikram yoga without supplementing their schedules with additional types. Other rules apply to Bikram too. There’s no music and the instructor’s dialogue follows a prescribed speech.

Hot yoga, on the other hand, involves a regular vinyasa or hatha yoga class that takes place in a heated room. Some studios merely bump the temperature to create balmy exercise conditions while others might crank the heater so practitioners really work up a sweat. Temperatures usually range between 80 and 100 degrees. As in traditional yoga classes, the instructor’s personality flavors the hour, with personalized music selections, themes, and sequencing of postures.

Some people prefer the discipline of Bikram–and the extreme heat–while others seek the gentle detoxification and free-flowing ambience of a traditional heated yoga class.

Research on benefits of heated yoga for chronic pain is limited, even though many studies have shown pain-reducing benefits for traditional yoga.

A study published in Complementary Therapies in Medicine found yoga benefited people with chronic low back pain more than traditional exercise. The practice reduced pain along with depression and anxiety. Meanwhile, a study presented at a European League Against Rheumatism conference showed that practicing yoga decreased disease activity for people with rheumatoid arthritis.

The hot yoga picture is much more mixed. Johns Hopkins Arthritis Center advises people with the condition against participating in hot yoga because of the extreme heat. On the other hand, Bikram’s official website says the exercise benefits people with arthritis and low back pain. And much anecdotal evidence touts the practice’s healing benefits for chronic pain. More research needs to be done before we can truly understand the potential benefits of hot yoga.

As with all new forms of exercise, talk with your doctor first, listen to your body, and avoid pushing yourself too hard. If you feel dizzy or lightheaded, take a break. Otherwise, enjoy the benefits of exercise and have fun.

Have you tried Bikram or hot yoga?

All information on this website is for informational purposes only and is not a substitute for professional medical advice.
2006-2023 Arizona Pain Specialists, LLC, a Pain Doctor Company. All rights reserved.
Privacy Policy - Legal Disclaimer - Sitemap